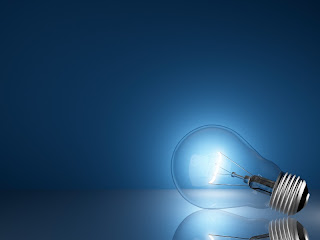 On our fourth full day here in SE DC, we had the opportunity to get out into various community ministries and serve. One of my students remarked how after spending three days learning about the various communities and neighborhoods (and the residents), it made serving that much more purposeful and empowering. I agreed thoroughly. When you come to love the communities you’re trying to minister to, it makes the service that much more intentional, thoughtful, and sincere.

I had  the opportunity to lead a group of seven to the Mayfair Mansions Community Center to do some GED tutoring. I’ll admit that I was very nervous because I wasn’t sure how my math would stack up (I realized it’s been some 16 years since I did any sort of significant math!) My student was Mijajuwon – named after his father MIchael and Hakeem olAJUWON. Our assignment was algebraic equations. To summarize a long story, some of the tips and tactics I used stuck with him, and by the end of the tutoring session, he went from solving simple equations to multi-step word problems. The most amazing thing was the gleam in his eyes and his wide-eyed smile as he mastered this skill. The sense of fulfillment as a tutor was unbelievable. He was empowered. His self-confidence high, and his smile huge. He kept saying thank you, but it was I who was thankful (not only because he reminded me how to divide decimals!) He showed me the power of knowledge, and how if it is given in a humble, caring, and empowering way, it can totally change someone’s outlook and demeanor.

We arrived back a little early after the tutoring and had the opportunity to stop in at the home of Frederick Douglass to do a quick tour. What an incredible time of learning history, and being reminded that God does incredible things through ordinary people as they surrender to him. Since I’m preaching on Sunday, I walked to the local coffee shop to work on my sermon. An Ethiopian immigrant greeted me (his name is Mack), and I spent about 30 minutes working on my sermon until he stopped me to ask about my ethnicity and what I thought about the tsunami in Japan. We began talking about CNN’s coverage and how his customers didn’t want to see the images. He agreed with me that something was messed up about the world we were living in, and I made a casual remark about how God is going to make it all right. That’s when he stopped me. He had a quizzical look on his face as if someone had said something shocking. Mack asked me if I really believed that and what I meant by it.

I went on to explain how Jesus would one day return and that he would make all things right (no more earthquakes, cancer, AIDs, tsunamis, etc.) Mack disputed that faith in God was only a spiritually abstract thing, “in one’s head,” he said. So I asked him, “if that is true, what’s the point of living? Why not just believe and die, so God could whisk you to heaven?” As I began to explain the beauty and hope of resurrection and new creation, Mack just stared at me wide-eyed, a glimmer of a tear in his eyes. His countenance was the face of man who had just heard from a long-lost loved one, good news that one day they would be reunited. Right there, I shared the entire Gospel with Mack, declaring to him the resurrection of the dead, and the coming of the present and future kindgom.

We talked about a lot of other things that afternoon, and as I left, he invited me to come back tomorrow because he had some questions about the place of Ethiopia in the Bible. Over some intense time of prayer and worship last night, I realized that God was showing me a pattern. I won’t forget the look of those two men as they came face to face with Truth – a light in their eyes! It reminds me of one of my favorite sermons by Jonathan Edwards, “A Divine and Supernatural Light Immediately Imparted to the Soul”. After the introduction, the first line is:

“…there is such a thing as a spiritual and divine light immediately imparted to the soul by God, of a different nature from any that is obtained by natural means.” Edwards goes on to explain that conversion happens by the power of God shining a light into our souls – in essence, lighting our life up. I saw it in practically in the faces of two men, and I longed for it to come supernaturally in their souls. Maybe it begins with an algebra equation and blossoms into a full-blown proclamation of Christ. “What then? Only that in every way, whether in pretense or in truth, Christ is proclaimed, and in that I rejoice. Yes, and I will rejoice.” (Phil 1:18).

I’ll close with the lyrics to a song by Christy Nockels called, Let My Life Light Up, as my closing prayer.

Where does your light need to shine? Who are the people in your life who need light? What would it take to shine that light?